Locks force an algorithm to be sequential during periods of contention. This is a problem when one needs a parallel algorithm because there is guaranteed to be at least one case that forces a locking algorithm to be sequential. If there was no case, the lock could be removed and the algorithm would be the same. For this reason, one might choose to use a lock-free algorithm. A lock-free algorithm eliminates a lot of the contention caused by locking. It handles communication, data sharing, and other mechanisms that usually require threads to be synchronized differently to avoid the need for locks.

Compare_and_swap is an atomic function. It compares the previous value with the up-to-date value. If they are the same, then it makes the value assignment. Otherwise, the structure has been modified, so the assignment is not allowed. A traditional compare_and_swap function looks like this:

The first lock-free example involves stack structure. For the push and pop operations, we don't change the stack top until setting up all the new values needed. When we are going to change the top value, the atomic function compare_and_swap is used to check whether the top is the same as it was originally. If it is, then the swap is made. Otherwise, the data structure has been modified by a different thread, so the process must reiterate. 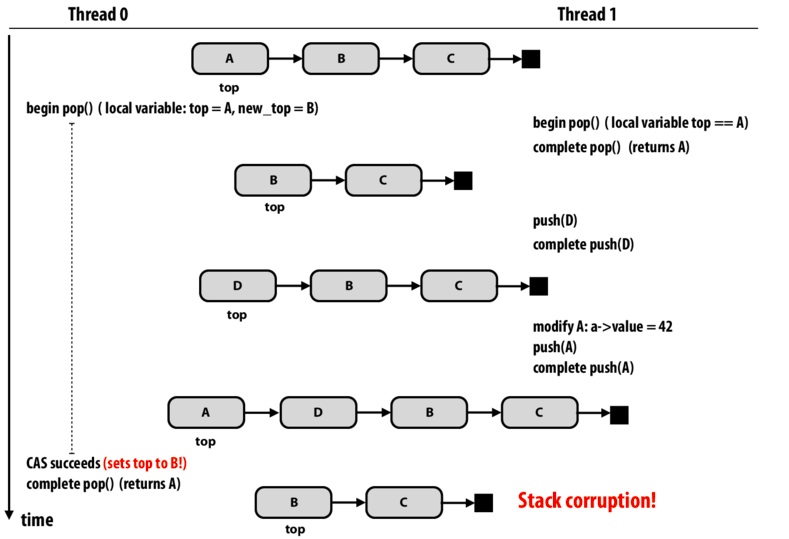 In this first case of a lock-free algorithm, we encounter the "ABA" problem. In figure 1, thread 0's pop operation is interleaved by three operations of thread 1. Thread 0 gets the original top A and the new_top should be B. However, after the operations by thread 1, D is between A and B. Thus, when A is doing compare_and_swap, the top A makes the condition true and then thread 0 sets new_top to be B. This is where the corruption happens, since the top should be D. 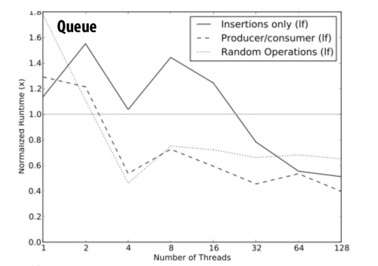 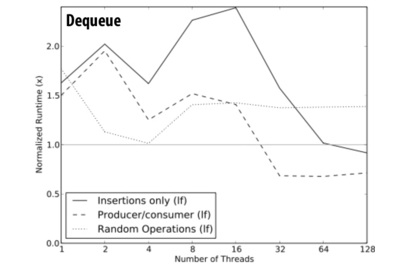